After reading this, you could be forgiven for thinking the headline should have been False “profits” of doom.

Garth Turner’s been wrong about the Calgary housing market for six years. When asked about previous predictions which have not panned out, he either denies that he ever made them, despite hard evidence of the written word(HIS written word), or he shrugs it off and blames his readers for being gullible enough to believe him. His blunders have been well-documented on this blog. My blog stats show the most-read blog post this year has been Garth Turner’s track record speaks for itself.

He can get away with spouting poorly investigated pronouncements because of his entertaining writing style, and the unquestioning audience who believe him to be the housing-crash messiah.

Turner praises Ross Kay who makes unsubstantiated claims about Calgary real estate data. I’ve repeatedly asked Ross Kay for the infamous list of 317 sales which he claims were double-counted. He will not provide his data. He will not give his methodology. He finally got perturbed by my requests and sent me this final email: “This will be the last communication on this topic.”

The onus isn’t on CREB. Kay is the one making accusations, therefore he should provide the 317 “private sales” to start with.  How convenient that he won’t, right?  He claims on his website that he’s not restricted by CREA or other regulations. He won’t provide the evidence because then he’d be giving his accusers evidence that he’s full of crap.

Ross Kay will sell you the “interpretation” of this “secret” data, but not the data itself

What the heck is Ross Kay’s motivation for being interested in the Calgary real estate market? How does he come up with his data? He has no direct access to the database, so where does he get his information? He boasts that it’s triple-verified. By who? Kay has not come through with any evidence to back his claims, but wait, could this be his reason, as he states on his website: “The only accurate interpretation of this data can come from RossKay.com.”  Translation: he’ll sell you the “interpretation” of the real data, but you will never actually see the hard numbers or the methodology. Anyone can make up numbers, but I would have to give him full marks for entrepreneurship and actually attempting to sell them.

Ross Kay is unburdened by data, evidence, or transparency

Ross Kay criticizes the credibility of CREB, yet he will not disclose his data. Ross Kay claims on his website that he is an advocate of open and full disclosure. How does he justify that dissonance?

Turner has a history of creating frankenumbers and questionable data, so it should be no surprise that he’s in bed with Ross Kay.

Ross Kay states on his website: RossKay.com is independent of any and all fiduciary duties related to MLS® data allowing for full independence, open and full disclosure and finally data review that is statistically valid.

Ross Kay, let’s have the open and full disclosure. 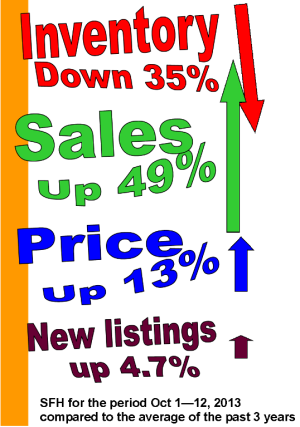 “So we project 60 to 90 days from May 19th that MLS sales will be reported that will reveal the market died on May 19th.” 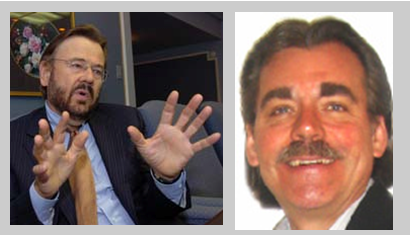 Garth “I didn’t say crash” Turner has been discredited numerous times because of his hallucinatory predictions, followed up by self-inflicted amnesia. He’s admitted that if he can’t find a source for his theories, he simply makes up his own data. He’s now hitched his wagon to Ross Kay, a fortune-teller with startling revelations.

I’d never heard of Ross Kay until Garth publicized this sensational prediction, but being endorsed by Garth Turner is a warning sign of sketchy and unreliable data. I wouldn’t have given Kay a second thought, except he’s also accusing CREB of double-reporting sales. We analysed this in my previous post and have shown there is no evidence for Ross Kay’s claims. Waiting on Ross Kay’s open and full disclosure. I’ve asked Kay numerous tmes to produce the evidence, but he has gone silent.

Let’s now look at Ross Kay’s prediction that the market died on May 19, 2013 and see how it relates to Calgary’s data four months later. (Ross was sure it would manifest itself within 60 – 90 days, so we’ve given him a couple extra months for good measure).

The day it died (by Garth Turner, GreaterFool.ca)

In 2008, GTA realtor Ross Kay invented an ‘engagement index’ to statistically chart house horniness. For five years he’s been diligently amassing data, filtering and weighting it, and watching in fascination as 60 to 90 days later changes in his index appeared as official published real estate data.

Hours ago he released what he considers ‘drastic’ results, in a warning to his clients. “Over the course of the last 9 weeks, our index has revealed a downward spiraling real estate marketplace, with results that will not reveal themselves in MLS sales data until finally reported by Organized Real Estate Associations,” he wrote on his site. (This has been removed from his site – Bob)

“On May 19th, 2013 we recorded the lowest value of Canadian consumer engagement in real estate since 2010.  What is scary here is that on April 8th 2012, we reached an all time high engagement value.  The May 19th numbers for 2013 represent about a 72% decline over that peak number.   This massive decline raises grave concerns not being reported in newspapers across the country.

“So we project 60 to 90 days from May 19th that MLS sales will be reported that will reveal the market died on May 19th. Our numbers have not been wrong since 2008. So as it turns out the peak of the real estate market in Canada was April 8th 2012, as posted here on Greater Fool.  Peak pricing was established and as recorded MLS sales prices now show, anyone who bought in competition around that date paid too much.”

Is this credible? Obviously we’ll find out in a couple of months…

September sales are up 20% compared to last year.

Inventory, which you would expect to increase in a dead market, is down 20%.

Would there be bidding wars during a dead market? 18% of homes were sold for list price or higher in Sep.

Ross Kay has made some claims, unsubstantiated, that CREB has engaged in double-reporting of sales. His allegations came to light in a recent blog posting on GreaterFool.ca., a blog written by Garth Turner.

I’ll be the first one to call out CREB if they have inconsistencies in their reporting. My first and foremost goal is to provide accurate statistics to my readers and clients.

Says Kay: “If CREB removes the 317 private sales in August not similarly counted last August, total sales are really up 14.24%, not 27.5%. And removing private sales from listing means there are only 6,447 active listings now – a 28.17% decrease.”

I’ve repeatedly asked Ross Kay for a list of the 317 sales. Crickets.

Ross Kay is an advocate of open and full disclosure. I say, bring it on!

ComFree, one of the largest FSBO brokerages that lists on MLS, weighs in. “CREB has included ComFree MLS® listings in its sales stats since we became a brokerage in 2012. And those listings that are only featured on ComFree.com (and do not include an MLS® listing) are not included in CREB’s stats and are not counted as “private sales…In August of 2012 our brokerage was already offering MLS® listings on REALTOR.ca to our sellers. So that certainly does not account for the rise in listings on REALTOR.ca in August 2013!” Calgary Real Estate Review

CREB has released this statement: One outspoken critic of organized real estate recently wrote a blog in which he questioned the integrity of the data at some real estate boards in Canada, including CREB®’s. CREB® would like to assure you that there is no significant double-reporting of sales in our MLS® System, nor is there any distortion of data involving the reporting of so-called “private sales”, as the blog’s author referred to them. “There is no such thing as a ‘private sale’ in the MLS® System – all sales are recorded and treated equally,” says Ann-Marie Lurie, CREB®’s chief economist.

Ross Kay states on his website, “RossKay.com is independent of any and all fiduciary duties related to MLS® data allowing for full independence, open and full disclosure and finally data review that is statistically valid.”

Kay initially returned my emails but stopped when I asked him directly for his “317.”

“When pressed for hard numbers, he doesn’t respond”

The methodology by which Ross Kay has invented his secret frankenumbers is, as far as I can tell, known only to him. He’s  all too happy and quick to dish out vague allegations but when pressed for hard numbers, he doesn’t respond. He’s critical of CREB’s data, yet won’t disclose his method of collecting data, or the data itself. The media has been giving him a free ride with no hard questions.

As Garth said in the title of his blog posting, “Who can you trust?

My emails to Ross Kay requesting the info are reprinted below:

Oct 1: Are you going to provide this information so we can see what we’re missing?  I’ll take you at your word that it is for anyone to read. My readers are waiting. I’d rather that I have all the information so I can provide to my readers a proper and well-informed comment.

Sep 30, 2013: It’s easy to solve this issue. Could you send me a copy of the audit so we can all comment intelligently on it? It would be enlightening to know what we are overlooking.

Sep 28: You can put this controversy to rest by furnishing MLS numbers or addresses of the supposed 317 “private” sales that sold in Calgary for August. There’s nothing to hide, and there is no proprietary information if it’s already on MLS.